Many people have heard of anorexia, but megarexia is something new. According to plastic surgeon Dra. Yily De Los Santos, megarexia is a condition in which someone is obese – yet they perceive themselves as thin and healthy. 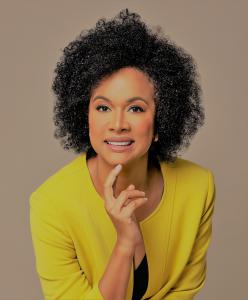 While this sounds like the complete opposite of anorexia, Dra. Yily De Los Santos points out that there are several similarities. People with megarexia have a distorted sense of self, just like someone who is anorexic. When they look in the mirror, they see something different than what is actually there. This leads them to a series of behaviors that do not align with what’s best for their health.

According to Dra. Yily De Los Santos, people with megarexia may fuel their bodies with empty calories, such as sugar, chips, and fast food. This can lead to a depletion of nutrients in the body. Much like in the body of a person who suffers from anorexia, the body of a person with megarexia can experience changes in brain chemistry that lead them to have a false sense of reality.

Many people who suffer from megarexia do not exercise, according to Dra. Yily De Los Santos. People who have this disorder feel that they are doing what they need to do to support their health, which leads to a further decline in health. According to Dra. Yily De Los Santos, it often takes a serious health event to make the person suffering from megarexia have the cognitive change that allows them to realize that they aren’t living a healthy lifestyle.

In addition to working with a primary care physician and a mental health care provider, Dra. Yily De Los Santos recommends that people who have this disorder also work with a nutritionist who can help them learn how to properly fuel their bodies.